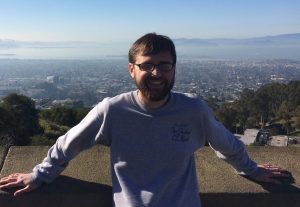 Stephen Goebel teaches AP Computer Science courses at Caddo Magnet High School in Shreveport, LA. He was a former quiz bowl player for CMHS and quiz bowl coach. He has served on the executive board in various roles since 2017, and he serves as the tournament director for LQBA-sponsored quiz bowl tournaments.

President-elect Dominic Lloyd is a Louisiana native and has spent the past 16 years involved in quiz bowl at various levels. He played at Jesuit High School, UL Lafayette, and Tulane University and won two regional ACF Fall mirrors in 2015 and 2017. Dominic currently lives in New Orleans with his wife, Gina, their tortoise, Meatball, and three snakes: Bisou, Holly, and Thistle, and can be found scrapping it out at local bars for $40 tabs on trivia nights. 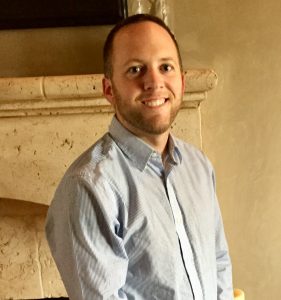 Ryan is a Social Studies teacher from Zachary High School and has been the quiz bowl coach for the past eight years. He currently teaches AP US History and AP European History, but he has taught most other subjects in his time as a Social Studies teacher. He also serves as the school’s Social Studies department head and Student Government sponsor. Ryan has been married to his wife, Megan, for the past ten years, and they have four children together. He also has been serving in the US Navy Reserves since 2013. Ryan wants to promote quiz bowl throughout Louisiana and to aid in growing the state’s program.

Mason is a 2nd year math teacher at Baton Rouge Magnet High School. He teaches Geometry and AP Calculus. Mason has been involved in Quiz Bowl since middle school, as well as serving as the quiz bowl president at BRMHS and LSU. He also co-hosts a sports podcast, and he looks forward to helping LQBA grow and thrive in the future!

Baylee is a senior at LSU majoring in Social Work. She is also currently a substitute teacher in East Baton Rouge Parish. In her spare-time, she loves getting involved with different groups at LSU (Quiz Bowl, BSWSA, and Camp Kesem). 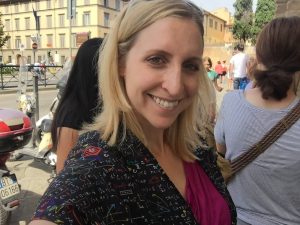 Ashley is from Lafayette, Louisiana, and she is the Episcopal School of Acadiana’s quiz bowl coach. She has served as the first president of LQBA, and she wants to help build good quiz bowl programs across the state. In addition to her quiz bowl duties, she teaches Algebra I, Geometry, and AP Statistics. When she has a free moment, she loves to travel, read, bake, listen to oldies, and watch movies.

Karin Goebel teaches AP Art History, AP Government and Politics, and Philosophy at Caddo Magnet High School in Shreveport, LA. She has served on the executive board of LQBA since 2017, and she was the quiz bowl coach at C. E. Byrd for 10 years. She assists in running LQBA-sponsored tournaments throughout the state.